admin
​The new, 2020 Toyota C-HR builds on the striking design language and outstanding dynamic performance that has already awarded the company’s C-SUV segment iconic status within the Toyota model range.

Launched in 2016 and positioned as a dynamic crossover combining extravagant looks with the handling prowess to match - yet delivering segment-best emissions performance - the first Toyota C-HR had a powerful impact on the C-SUV segment.

In its first year, the Toyota C-HR sold 120,000 units in Europe, instantly achieving a 10% share of the segment. Moreover, 8 out of 10 of these vehicles were equipped with hybrid powertrains. The success story has continued, and today more than 400,000 Europeans drive the Toyota C-HR.

The introduction of the additional hybrid powertrain gives customers the choice of two different hybrid options, a feature that is unique in the segment. The 122 hp 1.8 litre hybrid system remains, its eco performance enhanced by an upgraded lithium-ion battery, with CO2emissions as low as 109 g/km. (WLTP)

Top of the range is a powerful, 2.0 litre Hybrid Dynamic Force system. Generating 184 hp and CO2emissions from just 118 g/km (WLTP), this system combines high efficiency with a significant increase in power and, through updated suspension and improved NVH, an even smoother, quieter ride and new levels of driving dynamics.

The new Toyota C-HR remains true to its visual identity; its coupe-like lines creating bold styling that continues to stand out both in the Toyota range and the C-SUV segment. Subtle changes to both the front and rear of the car add simplicity, refinement and dynamism, while headlamp and rear light clusters have been reconfigured with the latest LED technology.

On board, the adoption of Toyota’s 2019 Multimedia system now allows full smartphone integration through both ‘Apple CarPlay’* and ‘Android Auto’. Additionally, this system facilitates ‘Over The Air’ map updates to the navigation platform: Toyota delivers the car with a free 3-year subscription for these updates and they are made available every 6 months.

New Toyota C-HR is equipped with an on-board communication system, providing its buyers to enjoy MyT app connected services. For Toyota C-HR launch, a new feature will be released in the app: Hybrid Coaching. This will reinforce Toyota Hybrid leadership by providing personalized coaching message to help drivers to increase their EV drive and by bringing to life Hybrid driving benefits on a daily basis.

Toyota’s European R&D division has led development of the 2020 Toyota C-HR, and it has been created specifically for the European market. It is built at Toyota Motor Manufacturing Turkey.


Join this channel to get access to perks:
https://www.youtube.com/channel/UCw70ukDK5hI6la2qFdQWULQ/join 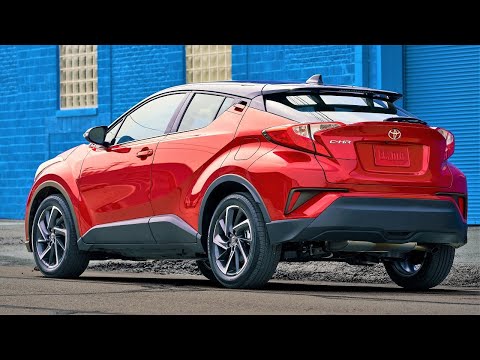 ​The new, 2020 Toyota C-HR builds on the striking design language and outstanding dynamic performance that has already awarded the company’s C-SUV seg...