admin
Peugeot e-2008 is an electric variant of the popular French crossover. Peugeot 2008 is one of Europe’s best selling b-crossovers. In 2019 it was behind the Renault Captur, the Dacia Duster, and the Volkswagen T-Roc, but that was end of the first generation. The 2020 data will probably be skewed by the coronavirus pandemic, but Peugeot’s small crossover has a lot going for it.

Beside the electric Peugeot e-2008 there are also petrol and diesel engine variants. The PSA designs their cars in a way to minimise the differences resulting from different powertrains. You can tell electrified model apart from regular internal combustion engine versions by several E badges, as well as elements of the grill being the same color, as the rest of the car. Also the e-2008 gets dedicated Alcantara upholstery on the seats.

Second generation Peugeot 2008 grew. At 430 cm it is 14 cm longer, than the first gen model. The wheelbase is no 6 cm longer. The car is also slightly wider, and slightly lower. 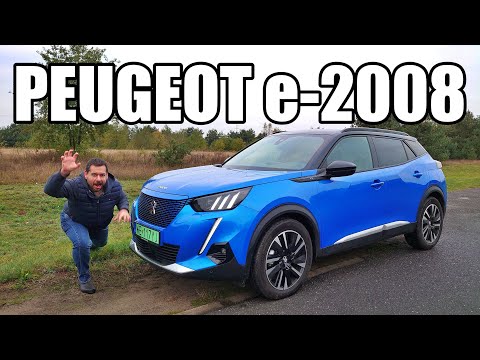 Peugeot e-2008 is an electric variant of the popular French crossover. Peugeot 2008 is one of Europe’s best selling b-crossovers. In 2019 it was behin...